First landing in Tokai! What is the apple pie of "Appurupai Kotaro"?

"Appurupai Kotaro", which has its head office near Yuigahama in Kamakura, opens in front of Nagoya Station for the first time in the Tokai area.What "Kotaro" pursued was a "cake-like apple pie" that evolved uniquely to Japan.We visited a workshop with a fragrant scent, where people on the road stopped walking, and covered their commitment to making delicious pies.

Apple pie is a popular food that is said to have been baked by apple farm workers to heal their tiredness.The apple pie of "Appurupai Kotaro" is refined by adding a unique arrangement to the apple pie that originated in the United Kingdom and the United States.On many days200It's a popular shop that also bake dais, so I thought that the workshop was automatic, but it's still all handmade.1Day500~800Peel the apples one by one by hand and make a filling to put them in the pie while observing the condition of the apples.

In order to use apples suitable for apple pie, peel apples that change their origin and variety depending on the season.Sugar content at the time of coverage13The above apple "Sanfuji" from Aomori prefecture is used.

It is also important to use easy-to-eat kneaded pies instead of the fold pies that are often found in Japan.By kneading butter into the dough in advance, a dense and fine layer is formed, and it seems to have a crispy texture.

The custard cream is firm and fluffy like pudding.The taste is gentle and mellow so as not to interfere with the flavor of apples. 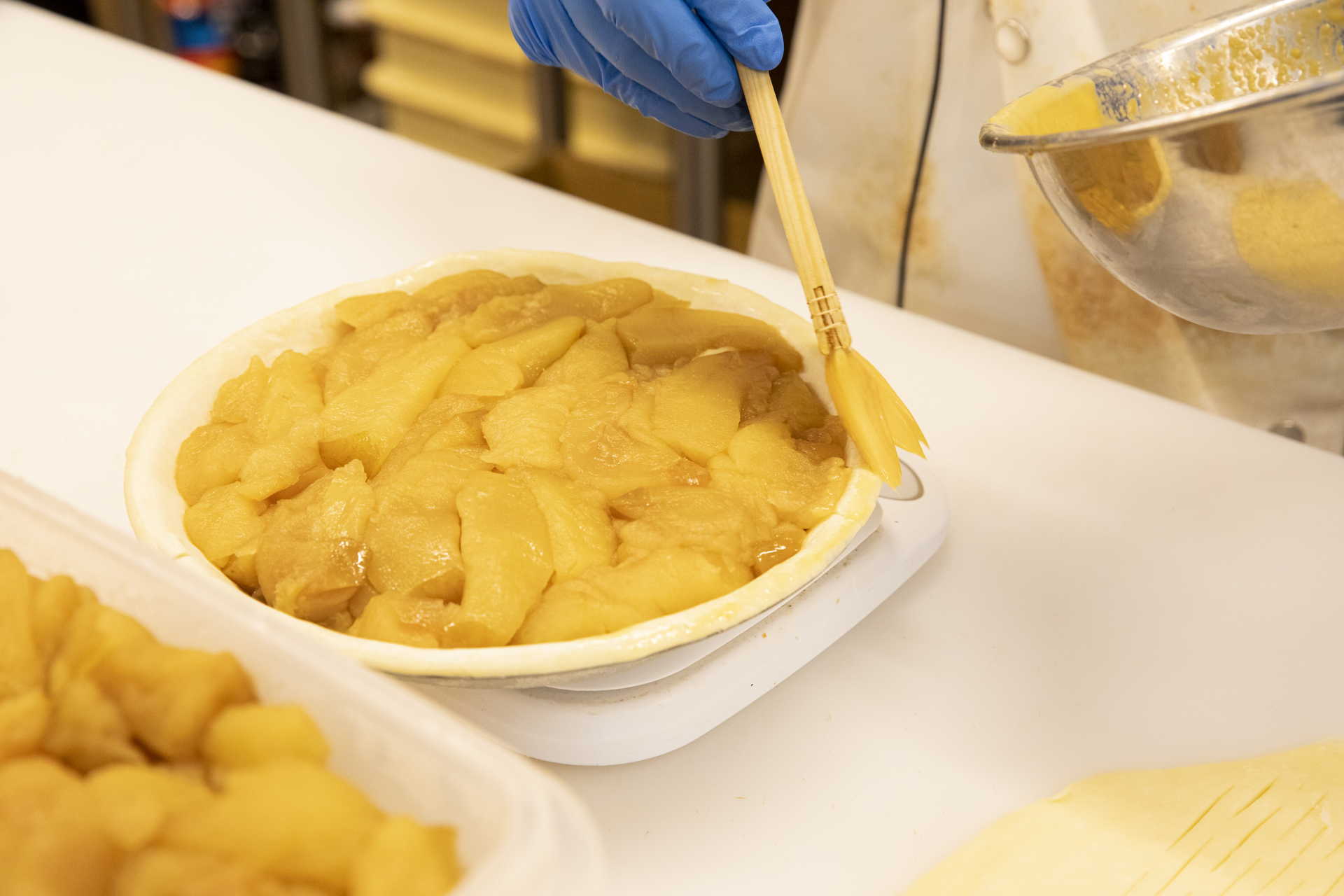 The apples used in the "custard cream apple pie" are boiled down with sugar only, without the use of alcohol, raisins or cinnamon.It has a simple taste that even children can eat with peace of mind.

Only custard cream and apple filling can be put inside.After covering the whole with a mesh-like pie dough, cut off the excess part and round the edges to mold.

It took only a short time to put the custard cream in the oven2Minutes!Skilled staff will quickly mold the apple pie with the hands they are accustomed to.

The pie made by hand in this way goes to the oven.By using a convection oven that circulates hot air and burns it, and by switching the left and right directions in the middle, you can make an apple pie that has no uneven baking and is entirely brown. 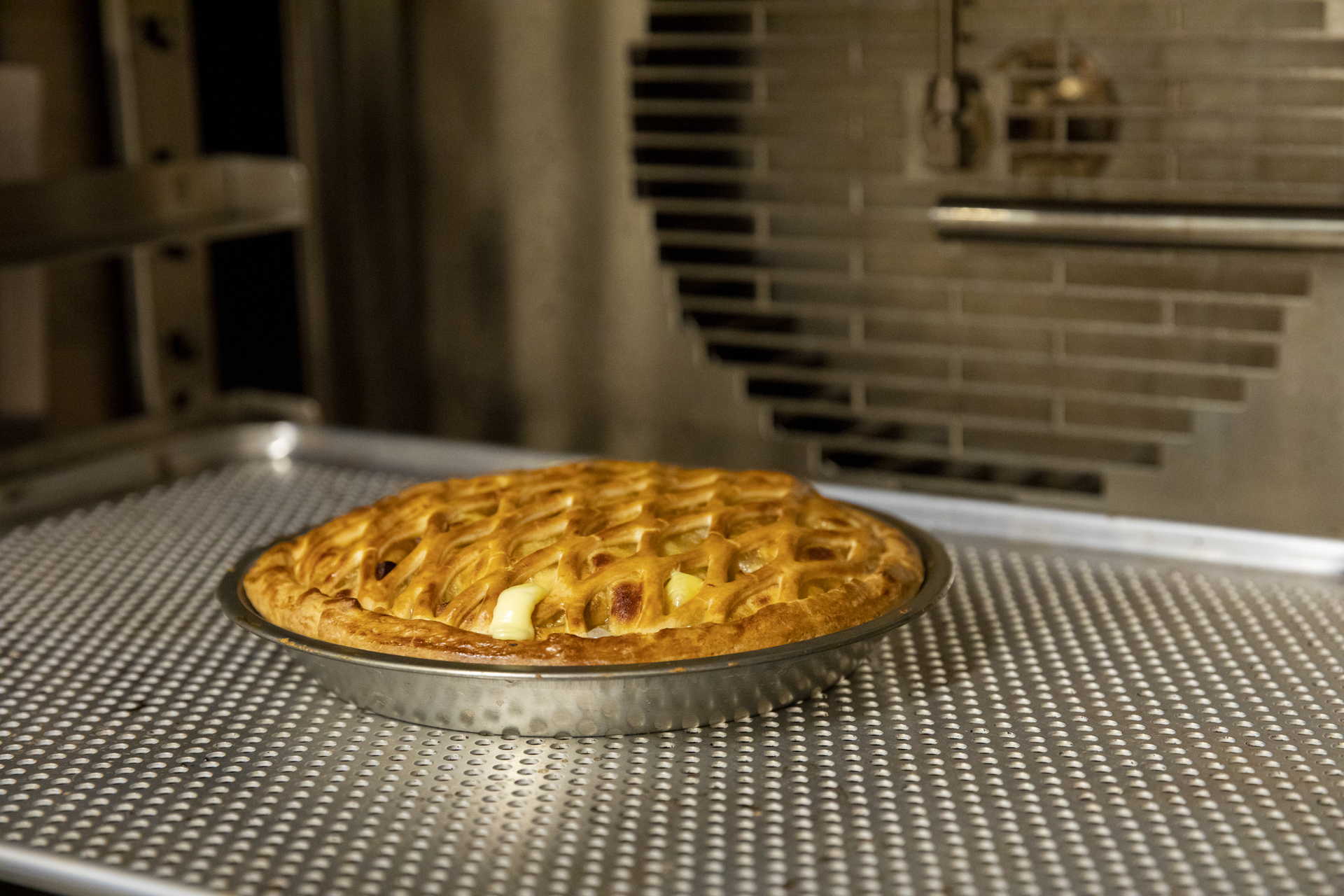 First of all15Minutes, and then swap the left and right directions for more15Heat for minutes and total30I will bake it for a minute.By heating it with hot air, it will have a crispy texture.

An apple pie from "Appurupai Kotaro", in which a firm dough made from kneaded pie wraps sweet apples stewed in a lump and gentle custard cream.The pie crust rarely crumbles, so it's nice to be able to eat it outdoors, such as on a picnic.Of course, it is also recommended to chill it at home and eat it with tea or coffee.

Enjoy only in Nagoya!"Apple butter sand" with a cute bite size

In commemoration of the opening of the first Tokai store and the Dai Nagoya Building store, the Dai Nagoya Building limited "Apple Butter Sand" is now on sale!It is a sweet like "Apple version of raisin butter sand", which is made by turning sugar-boiled apples into dried apples and sandwiching them with butter cream in pie crust.The pie crust is the same as the popular "Custard cream apple pie" from "Appurupai Kotaro", so you can enjoy the crunchy feeling.This is the perfect bite size for when you want to eat something sweet after lunch or during a break. 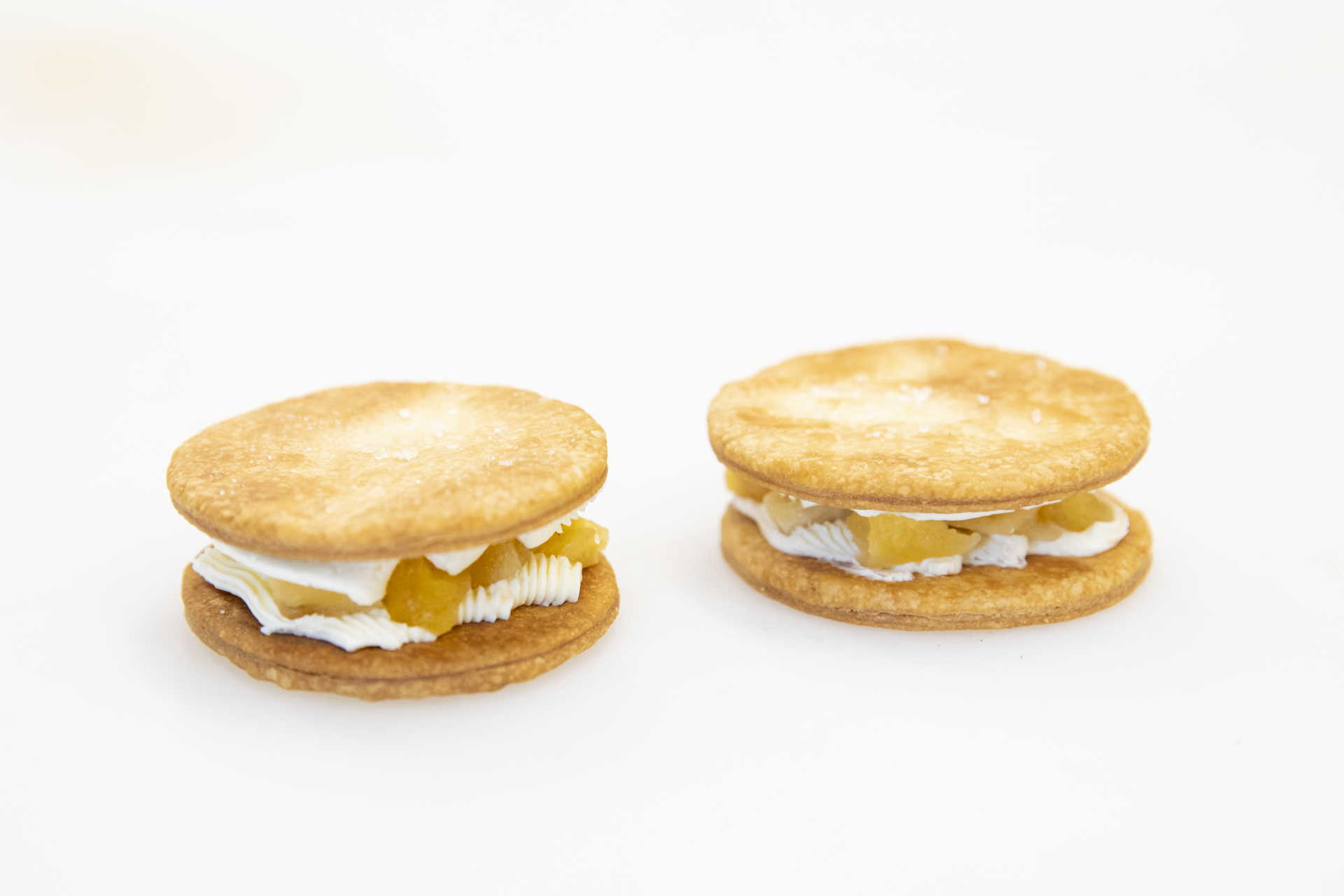 In addition to the "custard cream apple pie" introduced this time, seasonal apple pies and quiches will also be available.The taste, which is very popular at events all over the country, can be eaten at Meieki anytime from now on.By all means, for your home, as a souvenir.Please enjoy the special apple pie.