The quality unique to Japan is attractive. I want one outfit "Mizusawa down"

Speaking of the winter staple of "DESCENTE BLANC", "Mizusawa Down" is extremely popular with people who want high quality down.We will approach the charm of high quality down produced from craftsmanship.

3What are the features of the two standard models "Mountainia", "Anchor" and "Storm"?

"Mizusawa Down" was born from the special technology of the Desant Apparel Mizusawa Factory (Oshu City, Iwate Prefecture), which has an integrated production system for down wear, which is rare in Japan, and the know-how accumulated so far.Re-examine the weaknesses of down jackets and take a different approach from traditional down2007Born in the year. 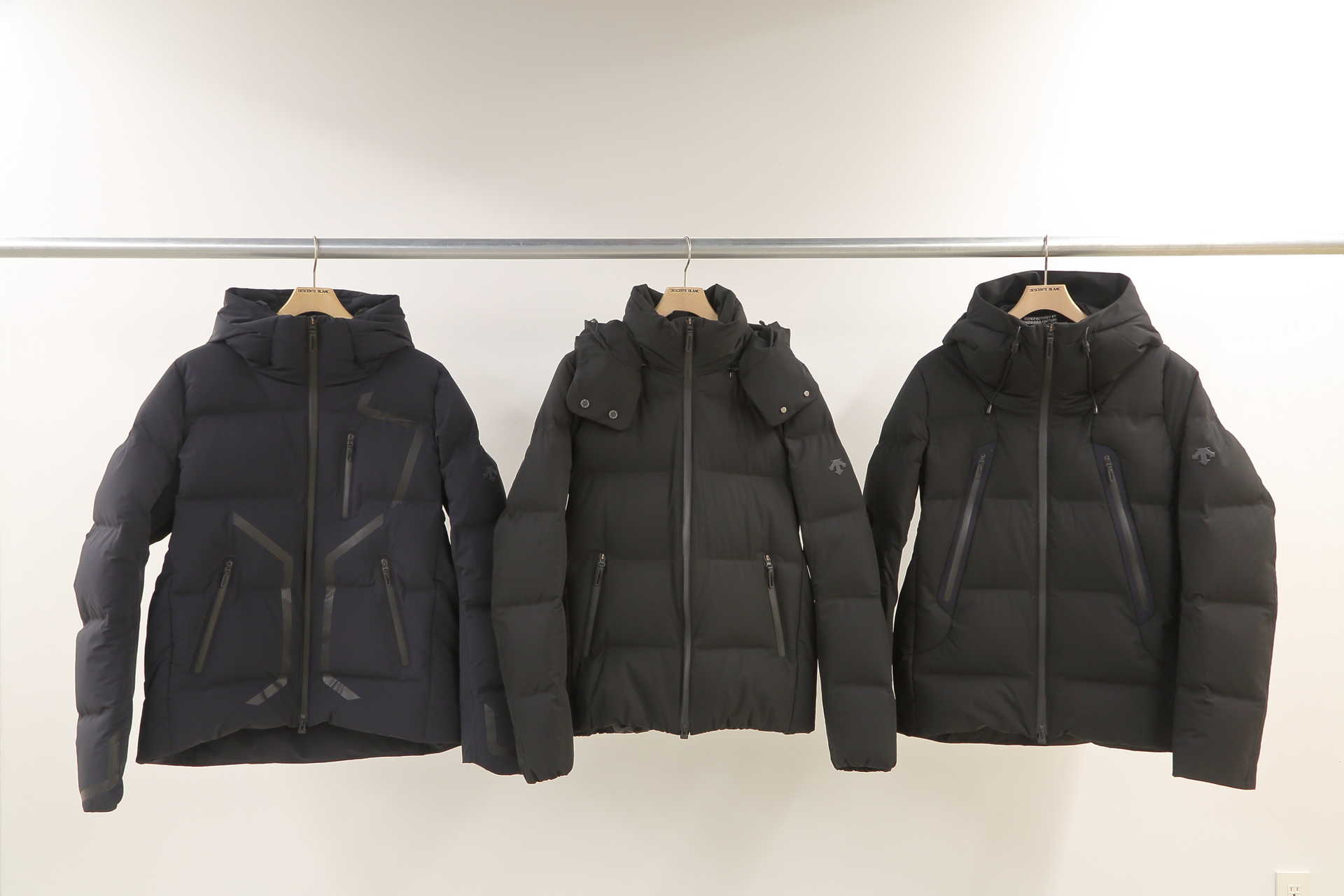 "Mizusawa down"1The features of No. are heat-bonded non-quilt processing and seam tape processing.Since there are no seams on the surface, it overcomes the weaknesses of down, such as water seeping through the perforations of the stitches and feathers leaking from the inside, which prevents sufficient heat retention.In addition, seam tape processing is applied to the back side of the sleeves and other parts that require sewing to achieve high waterproofness and water resistance.As it was only adopted as the official wear of the Vancouver XNUMX Japan at the Olympics, it has excellent waterproof, water and cold resistance.1It is clothes. 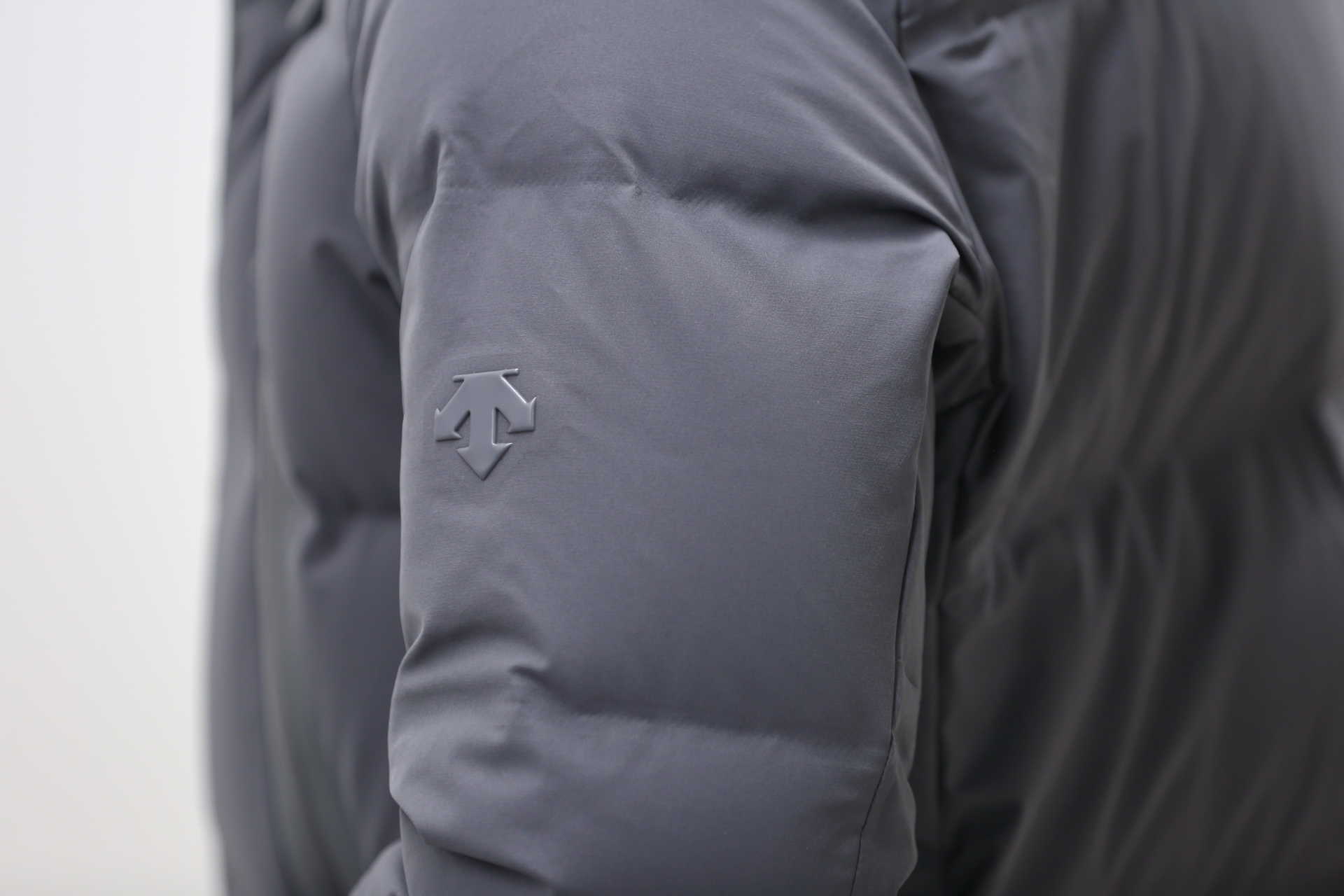 The down pack is formed by using a special thermocompression bonding technology instead of sewing, eliminating stitching.

1The most popular model is the "Mountainia", which is designed with a high neck rise and pocket position.The smart and cool visuals are gaining popularity.And the "storm" that is selling this year has a structure that makes it difficult for rainwater to penetrate because the special tape designed around the pocket is a line that naturally allows rainwater to flow on the surface of the down. The feature is that it is. 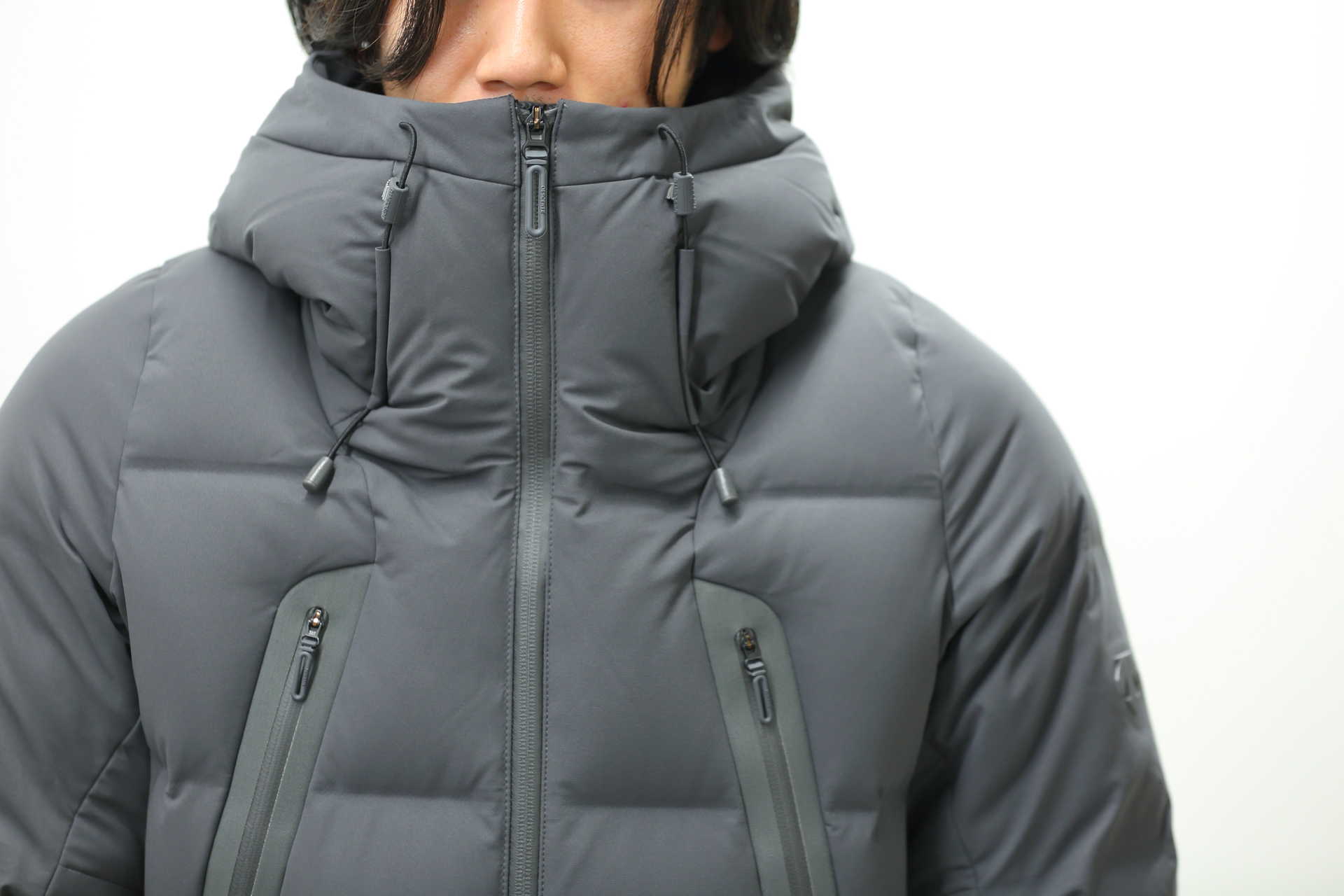 Around the neck of "Mountainia".The collar is designed to be high, so it has excellent protection against the cold.

And "" anchor "is1Recommended as an introductory edition because it is the most affordable, "said the store manager.Even if it is reasonably priced, the features of "Mizusawa Down" are the same as other models in terms of waterproofness, heat retention, and feather material due to the heat-bonding non-quilt processing and seam tape processing.Ladies also have an "anchor" half coat, so it is also a popular point to choose the length you like.

"Anchor" continues to be a long-selling model as an early model from the birth of "Mizusawa Down".

1Close up on the most popular "Mountainia" dressing and features!

"Mizusawa down" classic3About in the model7"Mountainia" that gathers a lot of support.This year, in addition to the classic black and graphite navy, we added the season colors onyx gray and foliage khaki.4It is developed in color.Down, which tends to have a casual atmosphere, is perfect for adult men who want to create an elegant atmosphere with the season color onyx gray. 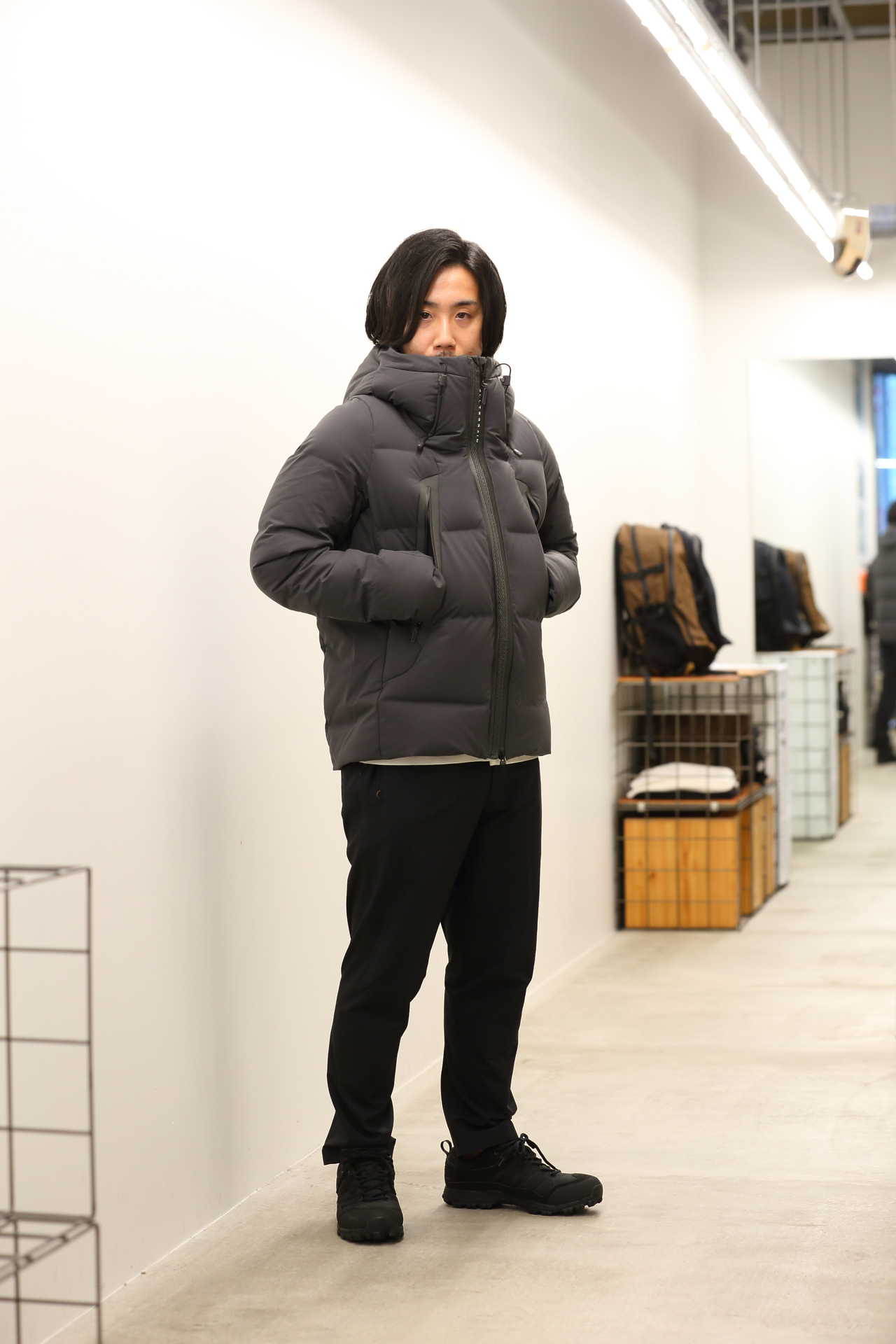 Dual zip ventilation, which has a double structure on the front zipper, mainly affects the cold protection.2Between the zippers in the row <ALLTERRAIN(Orteline)> mesh fabric with the name is arranged.The photo on the left below is a dress that takes in outside air into the clothes and releases unpleasant heat and moisture that tend to stay inside the jacket, and the dress on the right is more cold and waterproof.

You can adjust the heat trapped inside the down by closing the front zipper.

Heat can be released by ventilation on the side or a snow guard that prevents cold air from entering. 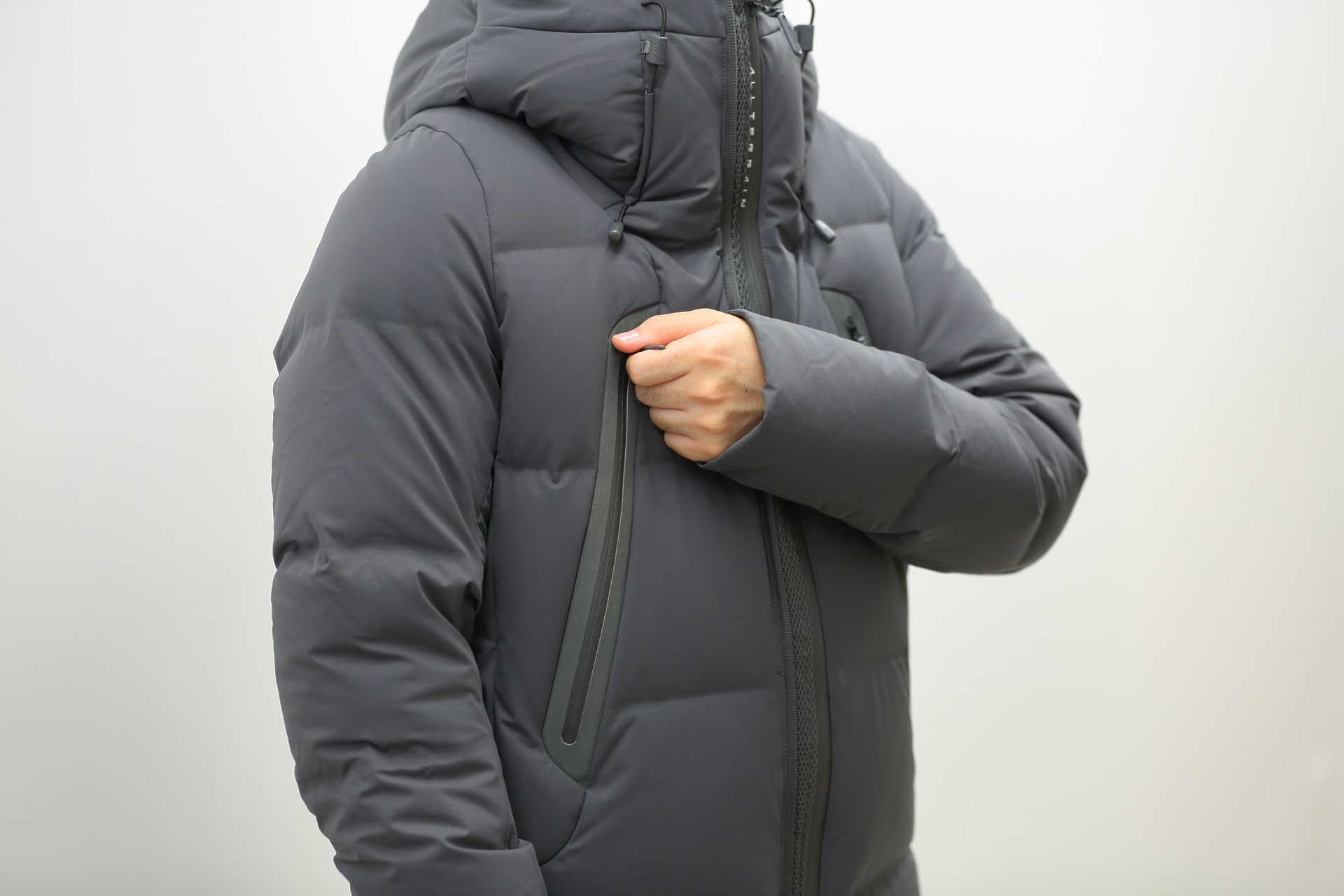 As mentioned earlier, the high position of the pocket is also a feature of "Mountainia".It boasts a large storage capacity. 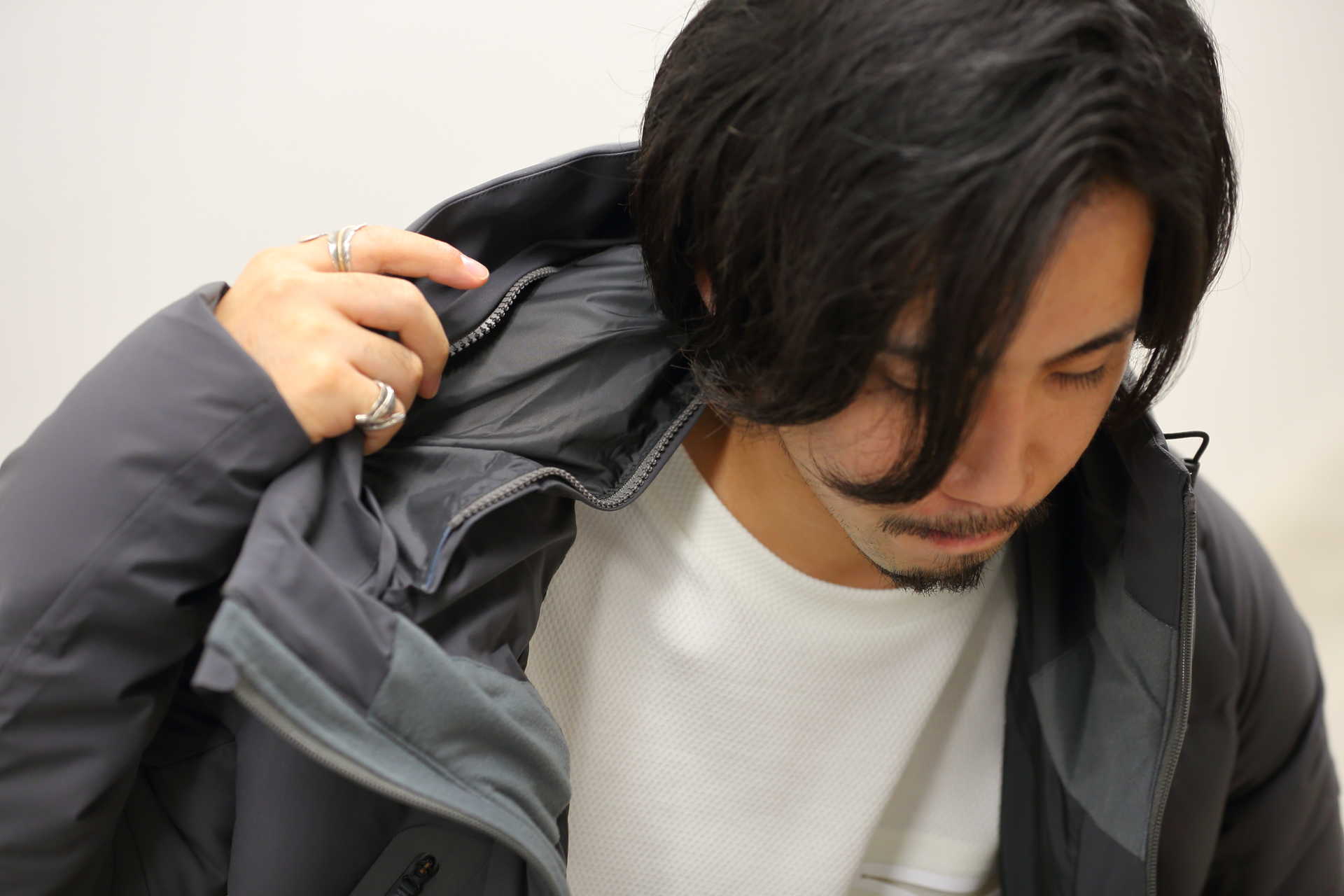 A para-food system is used for the hood.When the zipper is opened, the hood can be covered, and when it is closed, the hood is protected from water and snow pools in bad weather such as rain and snow.

This winter, we have released an unprecedented bumper crop, including the first best-type new model of "Mizusawa Down"!

This year, including the first best-type new model "Duality" in "Mizusawa Down"4Released one model. In addition to "Duality", "Ambit" which uses Gore-Tex fabric based on "Mountainia" to improve durability, and "Crevasse" which is a lightweight model with special foam processing on the fabric surface, " Mountaineer "half coat type etc.An unprecedented unique model10It will appear in the month of the month, so be sure to check it out directly at the store.