I want to eat delicious "rice" in autumn!A shop where you can eat special rice

The season for new rice, which is the most delicious rice of the year, has arrived!Introducing shops that are particular about rice that you should visit in such a season.Enjoy the delicious rice that each store proposes, such as how to cook, the place of origin, and dishes that are compatible with rice!

"Katsuretsu" where you can eat exquisitely cooked katsuretsu using French techniques MATUMURA".Not only the pork fillet aged in the natural storage "Yukimuro", but also the rice is very particular.We use "Nanatsuboshi" from Hokkaido, which was selected in consideration of compatibility with katsuretsu.A variety with a good balance of sweetness and stickiness,1It is cooked in a small clay pot for each person and served in a style that you can enjoy freshly cooked.Also, at dinner time1The cup is katsuretsu,2The cup has several kinds of condiments and3For the cup, we propose a way to taste rice that you can enjoy as "katsuretsu chazuke" by sprinkling a special dashi stock with plenty of collagen, which is made by carefully extracting the taste from the bones of pigs.1With food3"Katsuretsu" that you can enjoyMATUMURAThere is no doubt that once you eat the rice, you will be addicted to it. 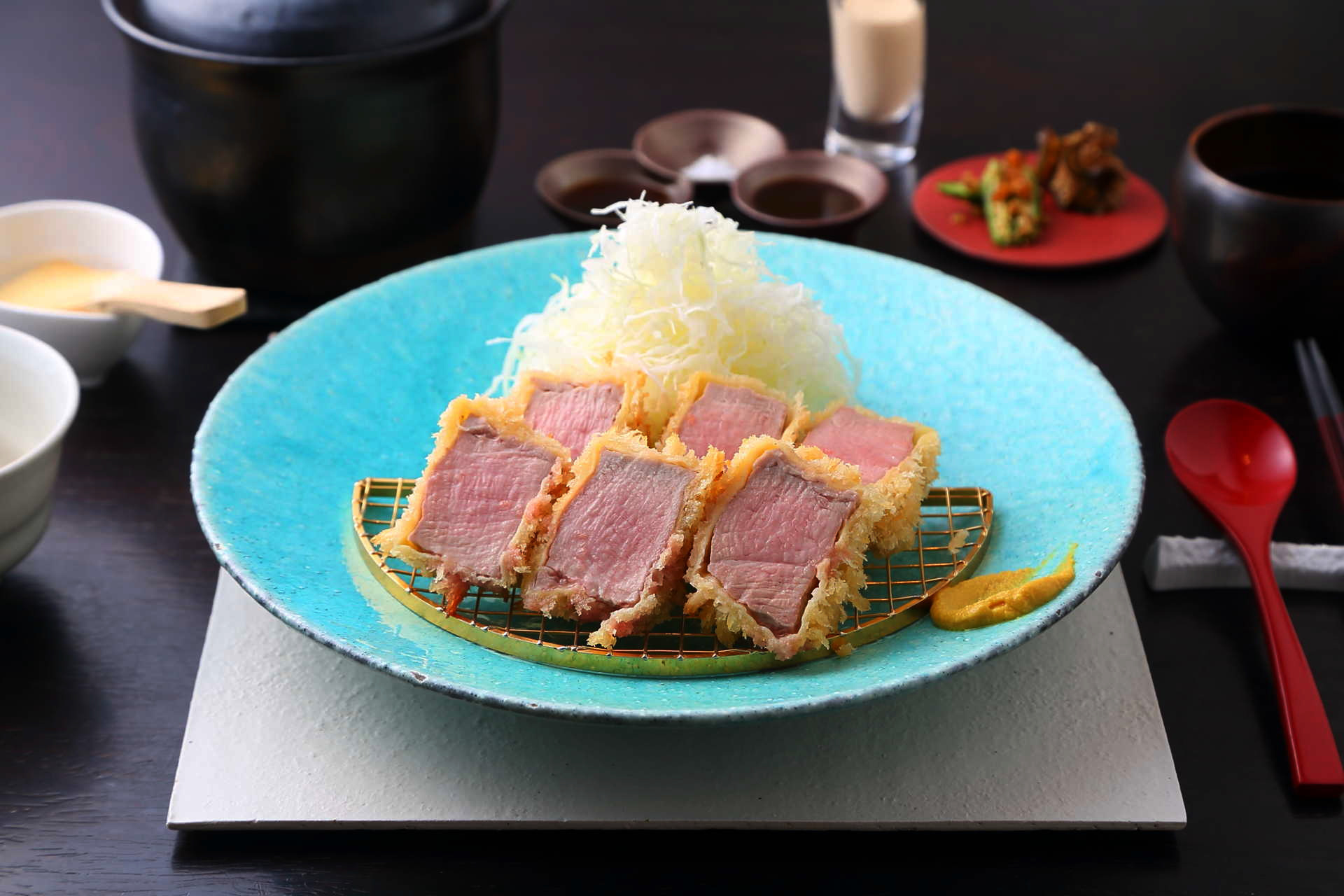 "Yukimuro ripe pork fillet katsuretsu" (150g 3,080Yen * Dinner price).It is made by deep-fried slowly so as to trap the taste in low temperature lard.Bread crumbs are a coarse type with low sugar so that they will not burn even if they are fried for a long time, and you can enjoy a light and crispy texture. 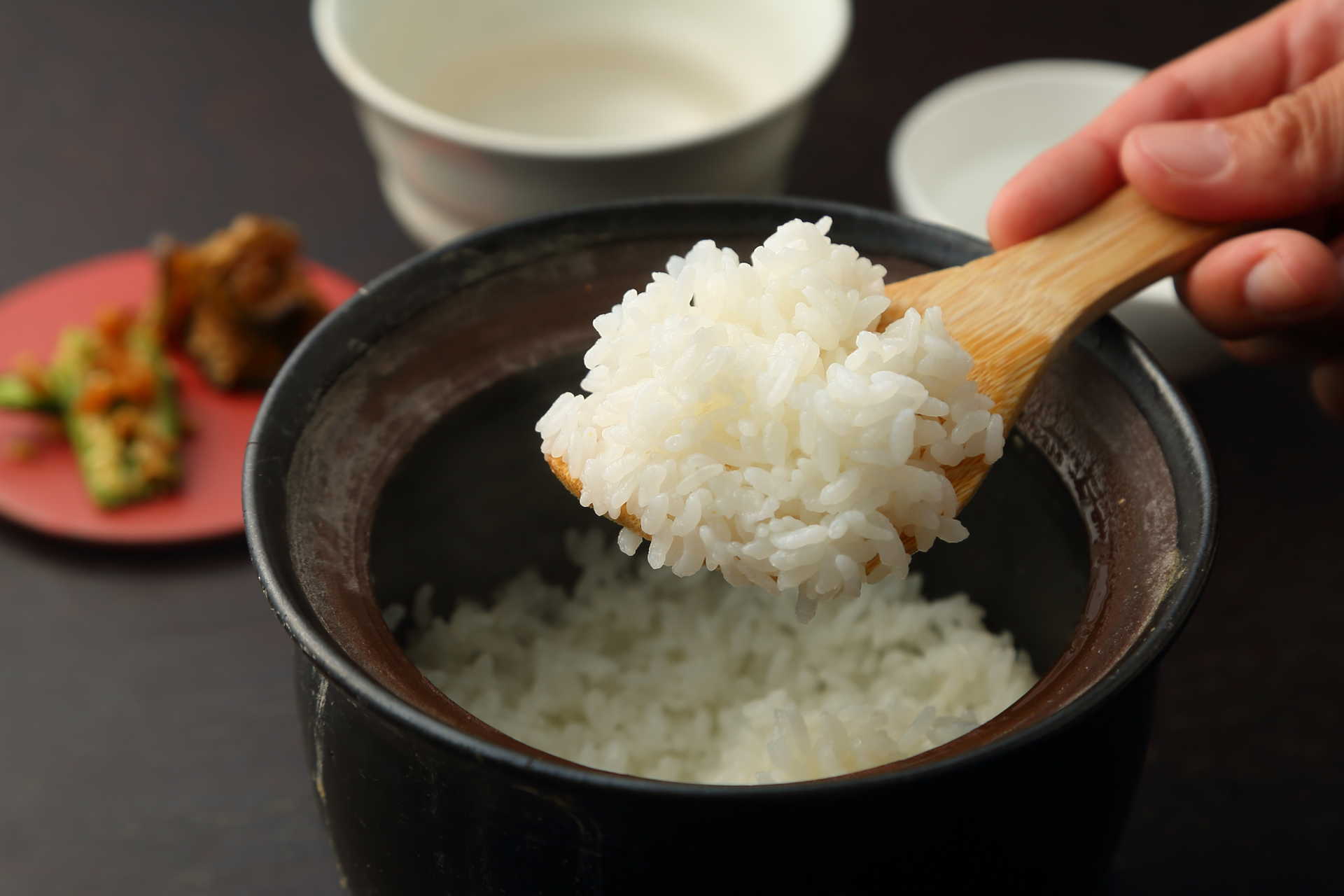 The clay pot with high heat retention brings out the sweetness of rice with residual heat and keeps it hot until the latter half of the meal. 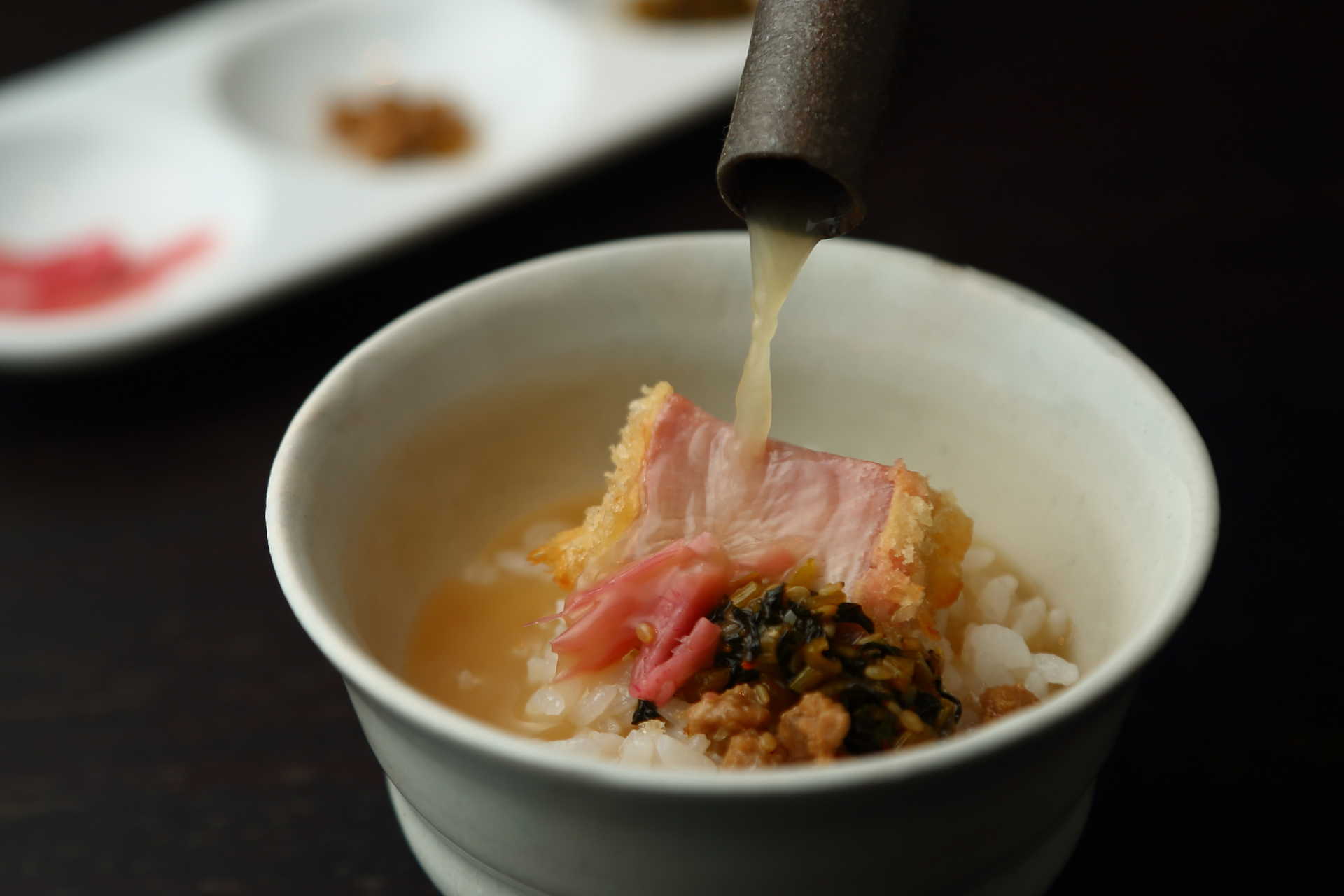 "Katsuretsu Chazuke" is a small cut of katsuretsu, served with red pickled ginger, meat miso, and mustard, and then poured with plenty of special dashi stock.French technique is also utilized in the special dashi stock, which is characterized by a refreshing aftertaste even though it is pork bone.

"Metzgerei Inoue", which has its main store in Ikeshita, created "meat rice balls" with the idea that it is a specialty of the Dai Nagoya Building store. Onigiri made with ham and sausage, which is popular in "Metzgerei Inoue", is a cafe "Musubimori" in Shineicho that supports agriculture and welfare.cafeIt is made by making a special order to.Rice is abandoned cultivated land9"Hyakuman grain" ordered from a young farmer in Ishikawa prefecture who cultivated rice from scratch over the years.Because the rice grains are large and chewy, they are as good as hams and sausages with strong umami.The delicious rice balls with the umami of the meat soaked in the rice are inevitable to repeat. 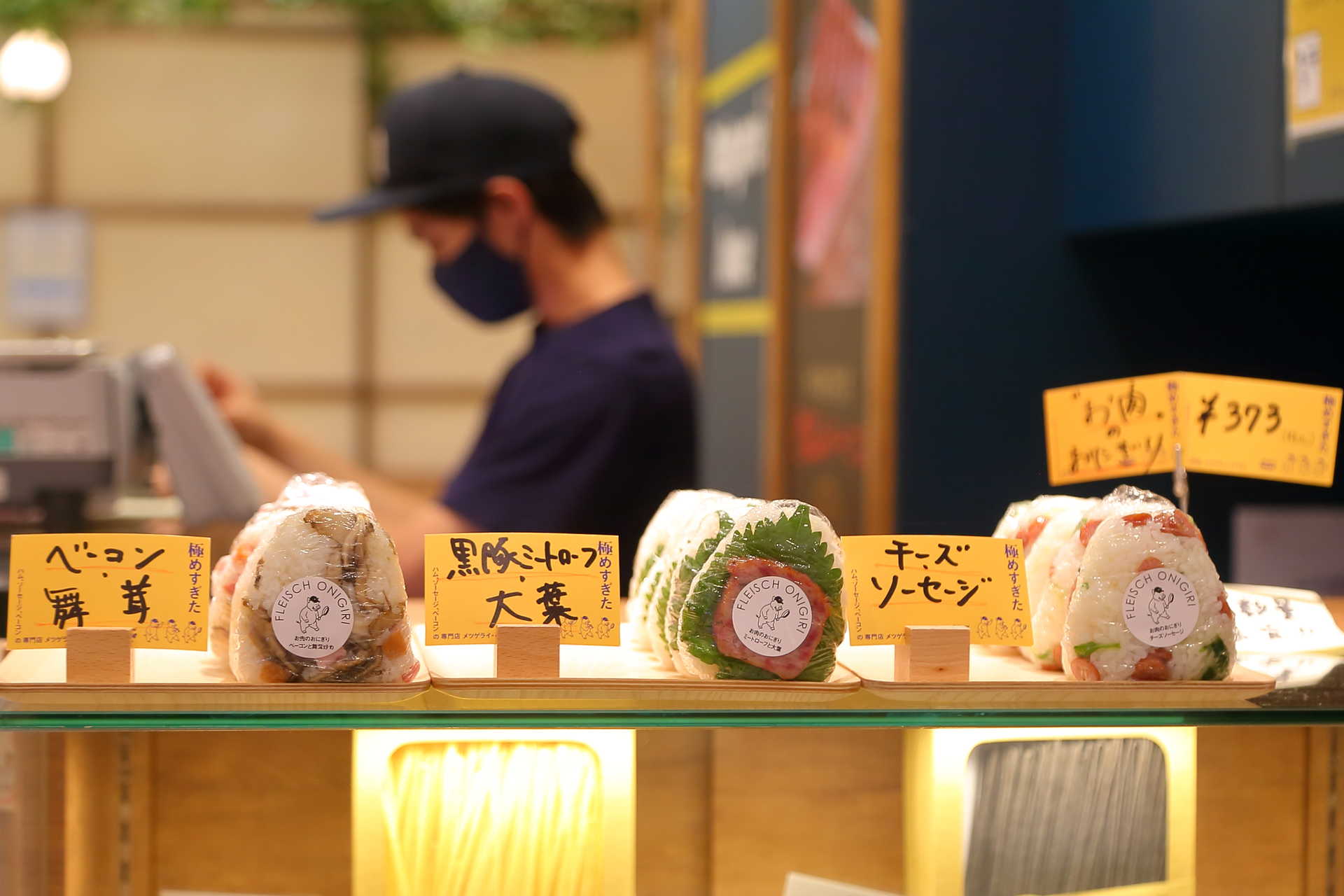 "Meat rice balls" are each373circle.Since the quantity is limited on weekdays, it is recommended to come to the store early. 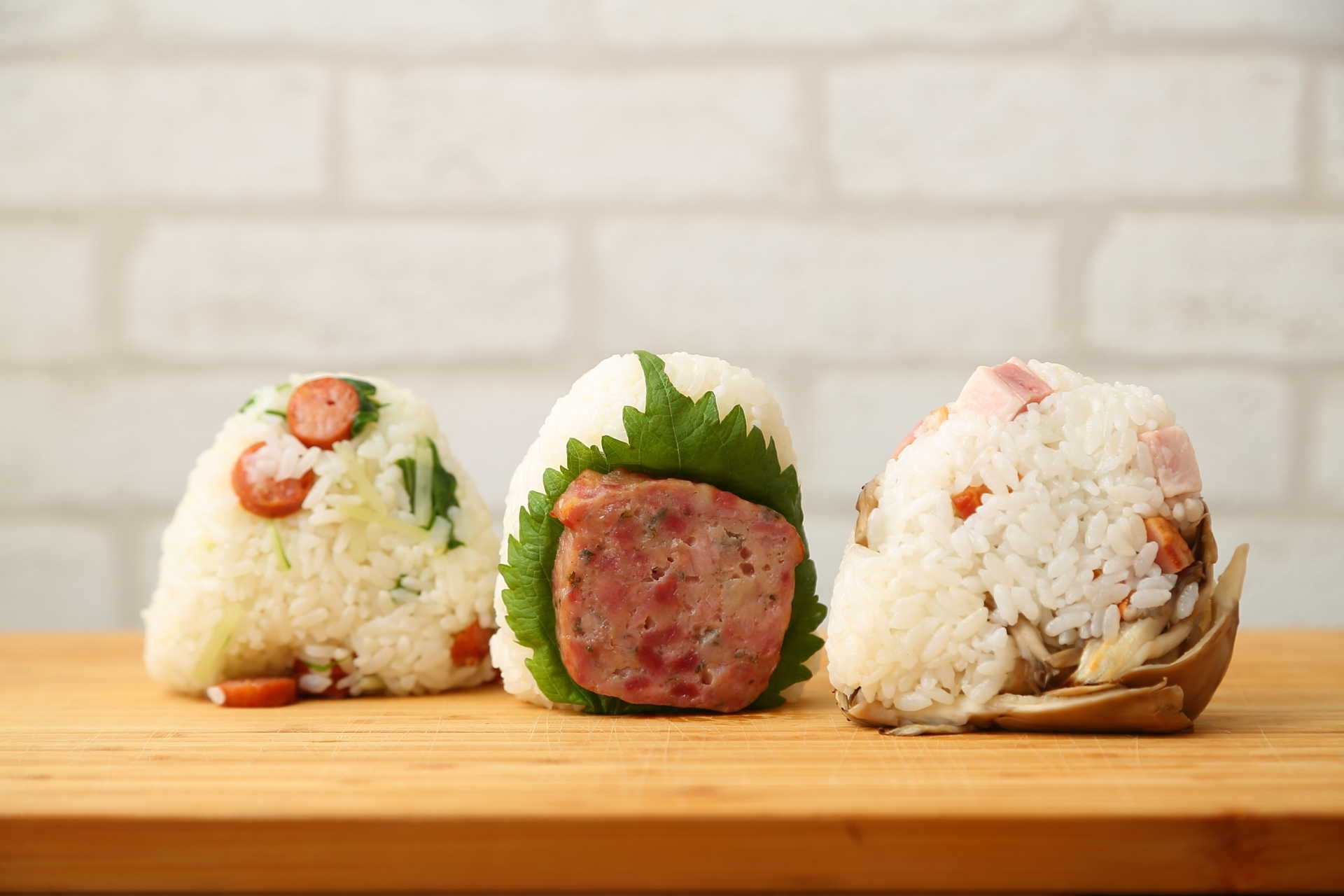 From the right, the store1"Bacon and Maitake mushroom stir-fry" using the most popular product "Kakuoyama bacon", "Kurobuta meatloaf and Ooba", "Mozzarella brust" and "Cheese sausage" that combines water vegetables. 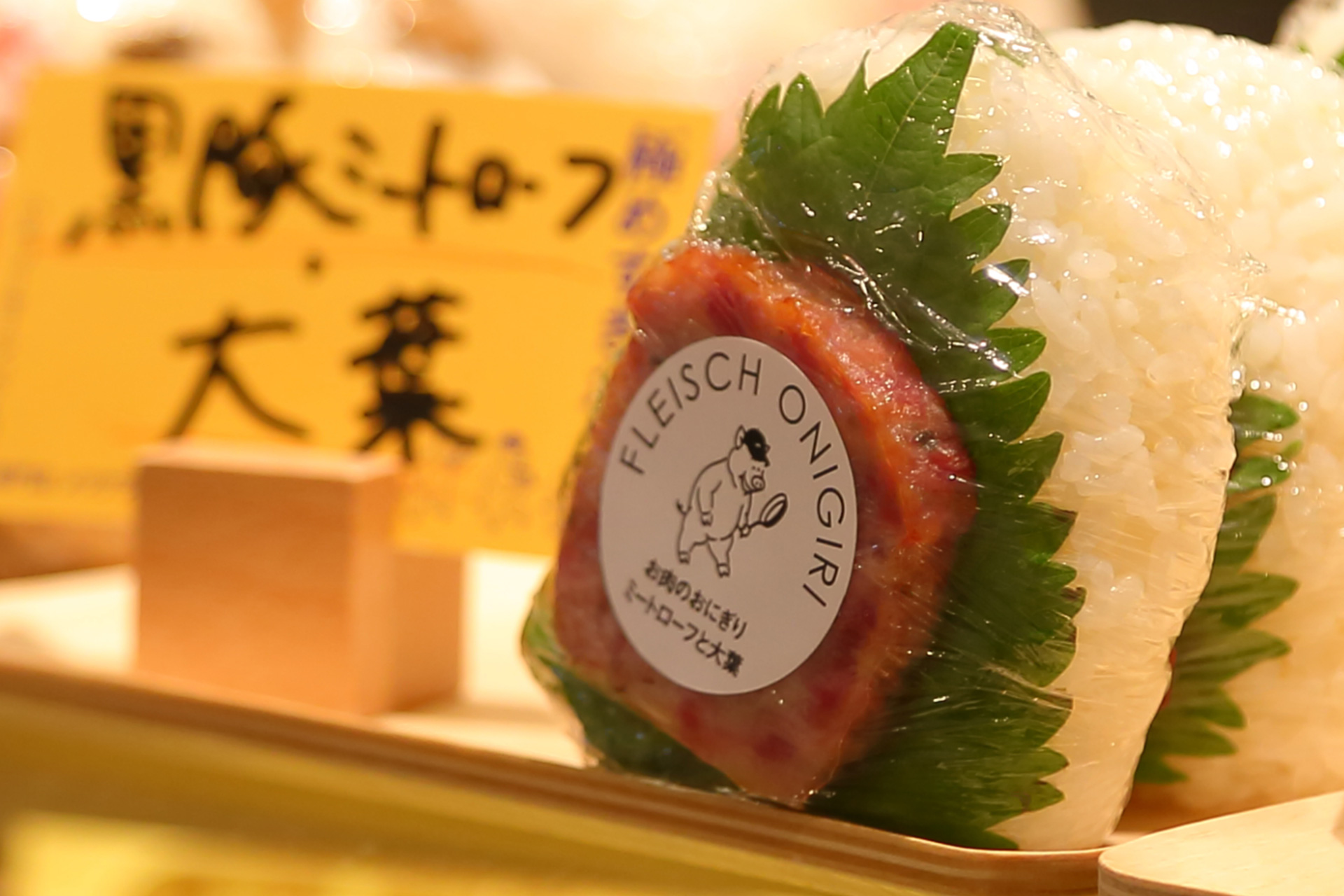 For "Kurobuta Meatloaf and Ooba", Boronia type sausage using only Enshu Kurobuta, which won the silver prize in the world's largest competition for processed foods, is used.The unique texture and deep sweetness of black pork goes well with large grains of rice.

Every morning at "Ryu Shimizu", where you can enjoy delicious chicken dishes such as Nagoya Cochin Oyakodon and chicken nanban set meal.5We are proud of the rice cooked with the special Nagoya Cochin soup that is cooked for about an hour.The soup made by boiling Nagoya Cochin's whole chicken over high heat and adding more water when the water is low brings out the best of Nagoya Cochin's flavor.The rice, which is made by mixing domestic germ barley and has a chewy texture, becomes more delicious the more you chew it, and it goes well with the meat of Nagoya Cochin. 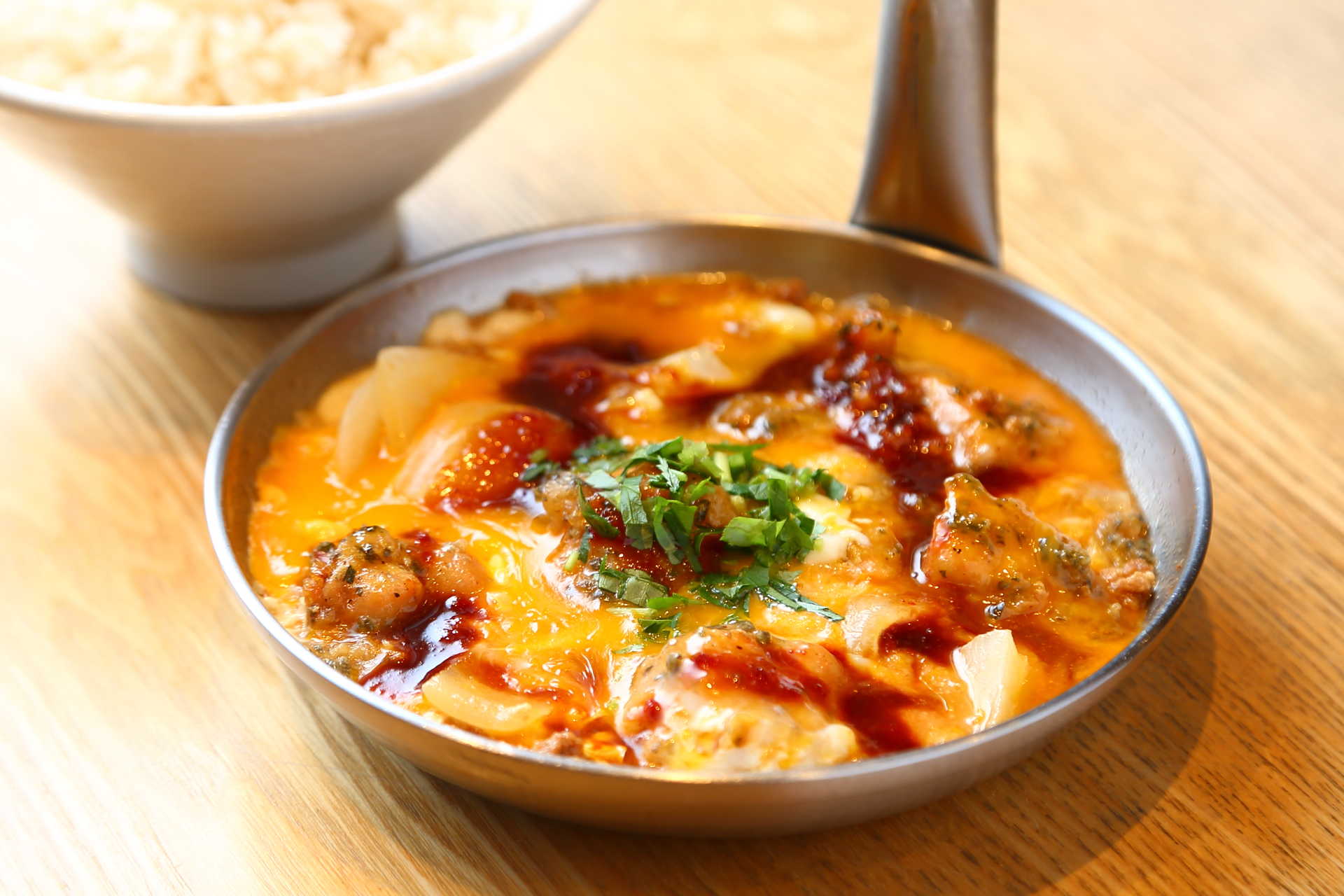 Special soup and rice with the flavor of Nagoya Cochin used when cooking rice.You can fully enjoy the taste of chicken.

"Hitomebore" from Miyagi Prefecture100Plenty of rice blended with% rice and barley rich in dietary fiber and vitamins220"Aji no Ushitan Kisuke" provided by g.The reason for offering barley rice is the remnants of Sendai's beef tongue shop culture, which served barley rice as a set meal when white rice was precious after the war.The chewy barley rice goes well with the beef tan that you chew well, and there are plenty of "taste-changing" variations such as the seven flavors on the table, the miso nanban that comes with the set meal, and plenty of pickles, so you can use chopsticks. move on.There is also a service where you can get a large serving of rice for free when you order a set meal, so it is perfect for those who want to enjoy plenty of rice. 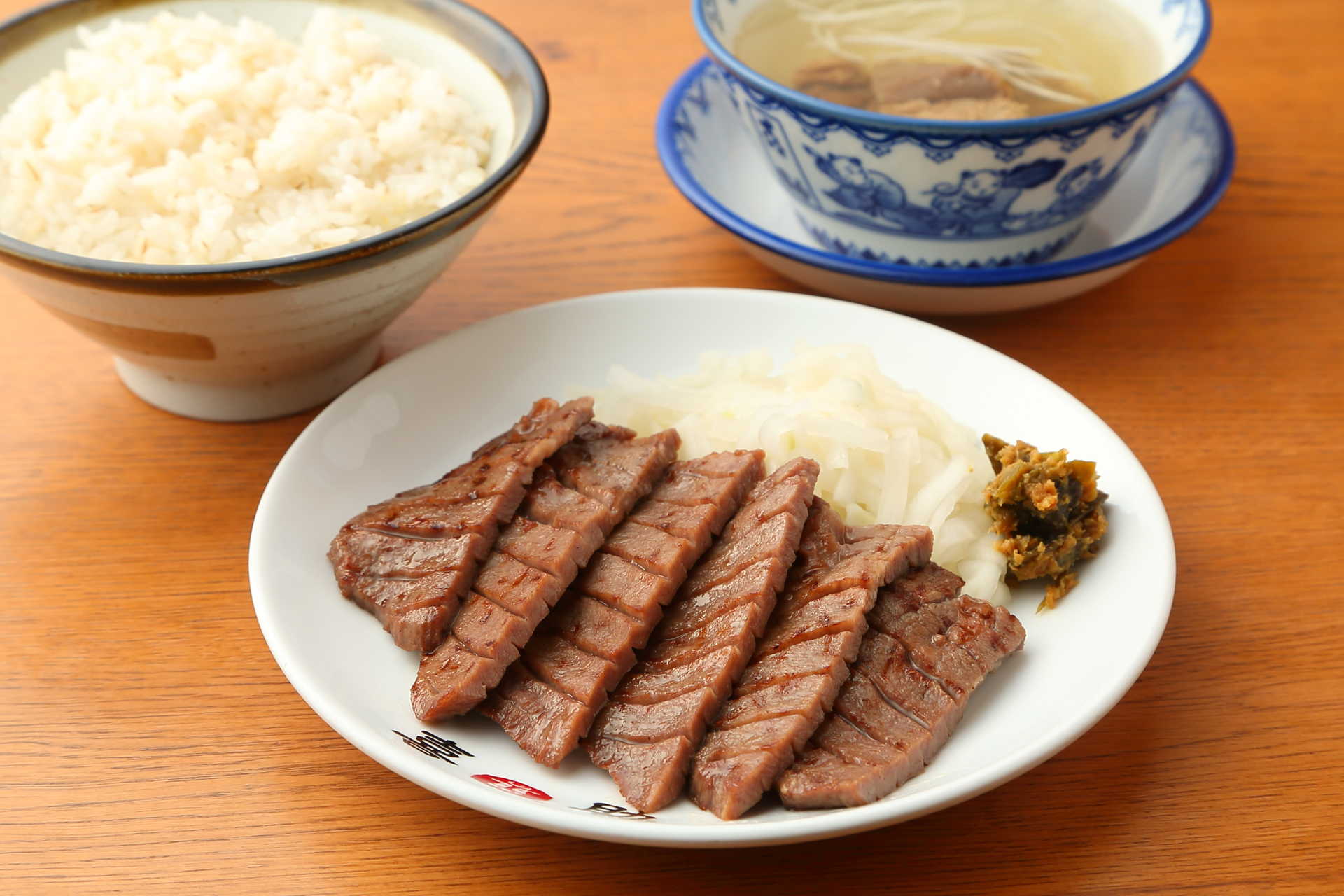 "Gyutan charcoal grilled set meal" where you can choose the taste of salt, sauce, and miso 3Pie6Cut set meal "(1,705circle).The juicy beef tongue, which is crunchy and spreads its flavor when chewed, is sure to make the rice go beyond your imagination. 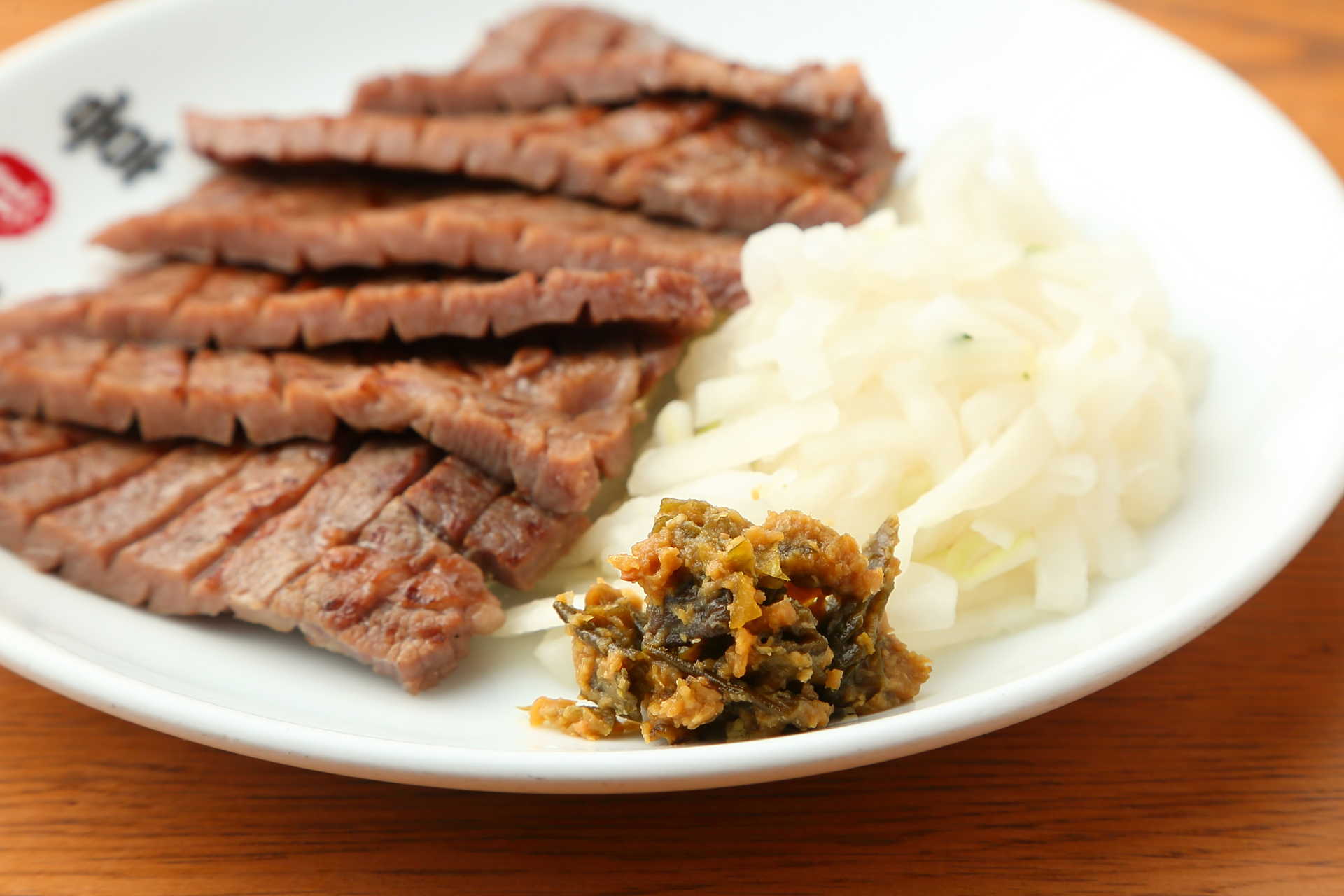 Miso-zuke, a spicy green chili pepper pickled in miso, is also an indispensable dish for beef tongue shops in Sendai.In addition to putting it on beef tongue or rolling it, it is also recommended to put it on rice and eat it.