"Metzgerei Inoue" is a select shop of authentic German hams and sausages that can be said to be the only one in Japan.At the Dai Nagoya Building store, which has a lineup that is more than 7% different from the main store in Ikeshita, limited-edition products that are perfect for a quick lunch are also available.Here are some menus you'll want to eat right now.

What is "Currywurst Dog" that can only be eaten at Dai Nagoya Building?

"Metzgerei Inoue" opened by Mr. Inoue, an unrivaled ham and sausage lover who has confirmed the taste of specialty stores all over Japan.Hams and sausages made by world gold award-winning craftsmen are delicious, safe and secure.Inoue also says, "I want to deliver excitement and excitement."This time, in order to embody "excitement and excitement" in the first Meieki area, we consulted with a ham and sausage craftsman.7More than XNUMX% in the new lineup.Even those who have visited "Metzgerei Inoue" can enjoy new encounters.

Another feature is that we are strengthening the menus and drinks that busy workers can easily eat every day. Among them, we would like to pay attention to "Currywurst," which is a one-handed arrangement of German soul food "Currywurst." Dog ".The fragrantly baked Frankfurt sausage is cut into bite-sized pieces, and the "currywurst" that is eaten with plenty of curry powder and ketchup is reproduced in the "serious Frankfurt" of "Metzgerei Inoue", and the best bread that matches it is developed and completed. This is a limited menu for the Dai Nagoya Building.

"Currywurst dog" (734 yen).Unlike other hot dog breads that have been offered at the main store so far, there are many bubbles and the inside is moist, but the surface is quite hard!By chewing well, you can fully enjoy the sweetness and umami of Frankfurt.

"Serious Frankfurt" (1Book 648 yen).When eating alone, we propose to sprinkle extra virgin olive oil on it.This is because by coating with a bitter vegetable oil, you can feel the sweet and sweet fat of animal origin.

The easy-to-eat "Currywurst Dog" is a perfect dish for a quick lunch.The point of the Dai Nagoya Building store is that you can eat sausages that have been grilled firmly by introducing a full-fledged griller that is not available at the Ikeshita main store.Also, the "tea set" with the German luxury tea "Ronnefeld", which is also used in the world's first seven-star hotel, is amazing.130Yen is also a bargain!Please enjoy it as a set.

Ham and sausage that the craftsmen are proud of, which is delicious whether you take it home or eat it on the spot

The hams and sausages lined up in the showcase are an inevitable lineup.About the most popular "Kakuoyama bacon" that won the gold medal at the world competition, and "Kurobuta meatloaf" that is stuffed with beef intestines using only Enshu black pork.30Items are lined up.Most of them are taken home, but you can also eat them on the spot.OK..There is also a service to heat it with boil or griller, so you can use it as a "little drink" with ham and sausage as a snack. 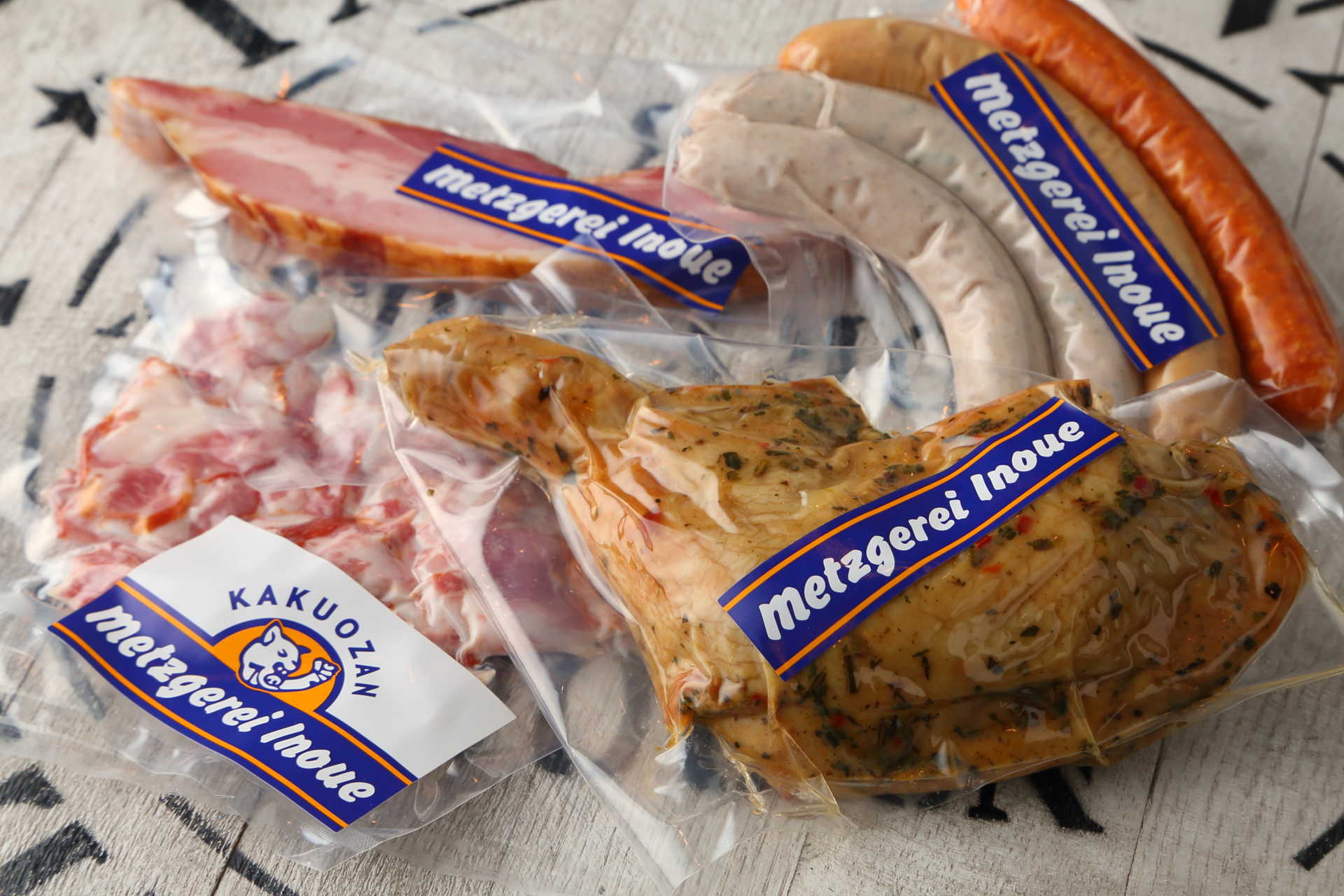 To commemorate the opening, we also sell "lucky bags" where you can enjoy the menu that represents "Metzgerei Inoue".4Month28From Sunday (Wednesday)1Weekly limited, limited quantity, will end as soon as it runs out, so check early. 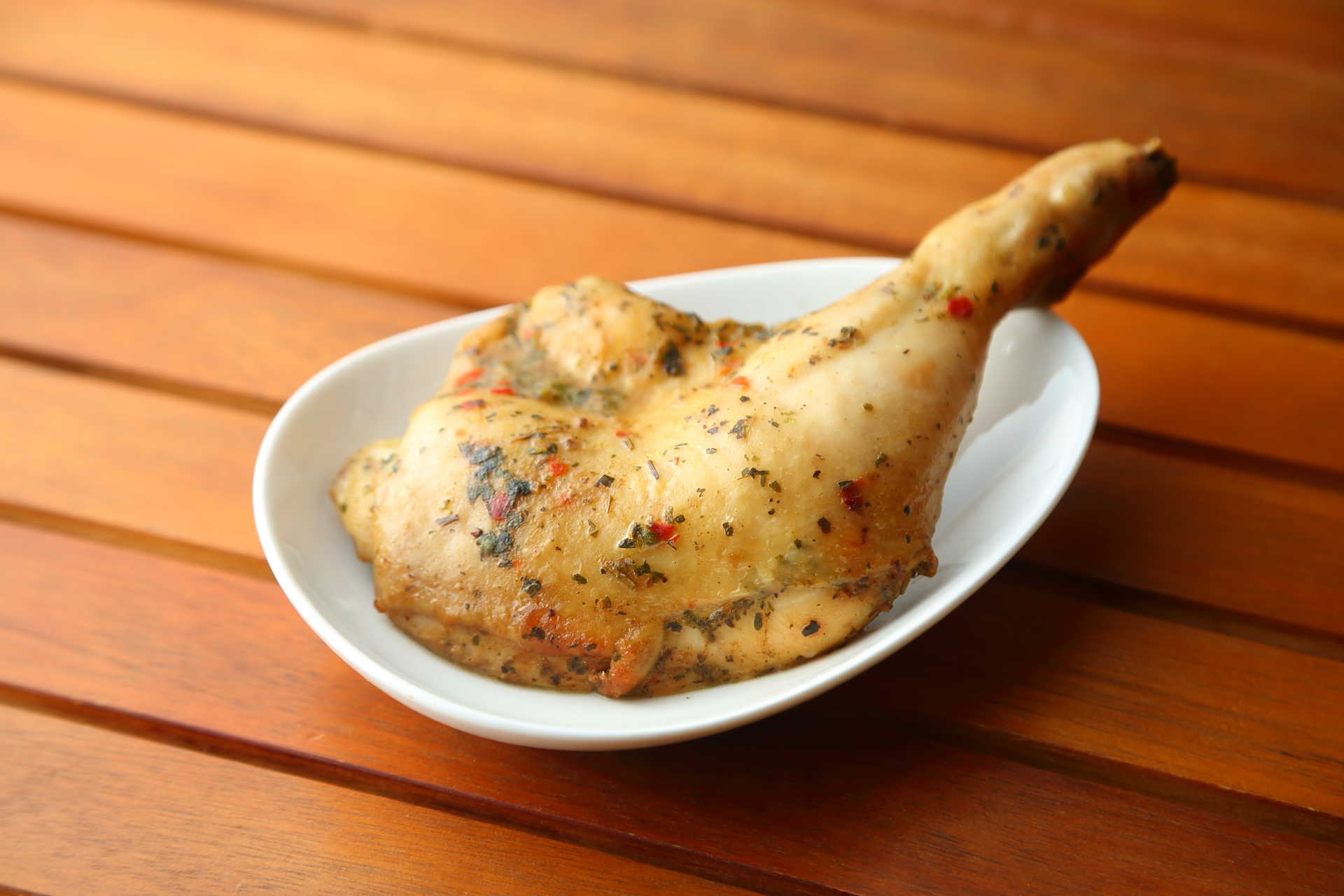 Compared to the masculine impression of the Ikeshita main store, Meieki has a female-conscious atmosphere.

Compared to the Ikeshita main store, which has a masculine atmosphere based on black, "I added femininity with an awareness that customers will come from a wider range (Mr. Inoue)," said the interior and cute packaging by a female designer. The drink menu has been adopted by all the luxury hotel lounges in the world, and the German tea "Ronnefeld", which is also used in the world's first seven-star hotel, has been newly adopted. Bio flavored tea with the theme of enjoying in situations such as "Ayurveda Herb Ginger" and "Rooibos Cream Orange"9The types are quite good value.

The "flavored tea" (480 yen) cup has the time of pouring hot water and the appropriate steaming time written on it.This is due to the fact that the timing of delicious drinking differs between soft water Japan and hard water Germany. (For the time being, only the hot menu)

"I think that by entering the Dai Nagoya Marche, where people with various purposes come and go, there will be more opportunities for many people to eat really delicious hams and sausages," says Inoue.The hams and sausages that are selected to suit the tastes of Japanese people are sure to become addictive once you eat them.Lunch, a little drink, a small gift, it is a place that seems to be useful in any scene. (Only the Ikeshita main store supports gift boxes that can be shipped nationwide)